-Cousin Lenny angry over losing in a video game.

Lenny Dorinos is a gamer at heart. He lives and breathes video games, always getting the latest releases and posting reviews on his YouTube channel. The game he's most involved in is World of Warcraft: Dorito Edition -- his character is recognized as the number one PVP player on his server.

Because of his skill and recognition as a great gamer and great player, Cousin Michael despises him and seeks to destroy him. Once former comrades, Cousin Michael stole his loot in a raid one day and ever since their relationship hasn't ever been the same. Cousin Lenny endures threats, swattings, and hacks from him but still emerges victorious regardless of the obstacles Michael puts before him.

Cousin Lenny had been continuously targeted by everyone, and had many of what he called "h8ers". One of them was Mr. Ruffles, a novice at World of Warcraft: Dorito Edition and had been ganked by Cousin Lenny while questing. As an act of revenge, Mr. Ruffles decided to gank Cousin Lenny in real life, and murdered him in his room while Lenny had been streaming. The world stopped as the greatest gamer of Chiptopia had been brutally assassinated by a Ruffle, giving the Ruffle race an even worse reputation than ever before.

As Lenny ascended, he was given a choice by the almighty Super-Trip to come back and bestow his ultimate gaming wisdom across the land in the form of a demigod. He accepted this proposition, and after 3 days of being dead in his room he suddenly woke up once again and streamed once more.

Ever since, Lenny has been hailed as "The Gamer God". Many have made attempts to assassinate him after his rebirth, but all have been futile; including the infamous Cousin Larry 2.0 attack at Blizzcon 2018.

With his newfound title as a Demigod and admiration from Super-Trip, the other almighty creations became jealous of him. It is only a matter of time until their plots to take down the gamer come to fruition.

Lenny as shown in the Dorito Anime. 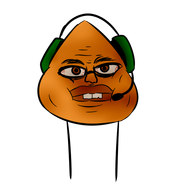 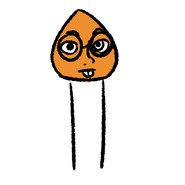 Young Man Lenny.
Add a photo to this gallery
Retrieved from "https://chiptopia.fandom.com/wiki/Cousin_Lenny?oldid=570"
Community content is available under CC-BY-SA unless otherwise noted.